Aliso Viejo, CA. – September 22, 2020 –MicroVention, Inc., a U.S. based subsidiary of Terumo and leading global neurovascular company, announced today the appointment of a new President and CEO, Mr. Carsten Schroeder. The MicroVention acting President and CEO, Kazuaki Kitabatake, who has been in his role since August 2019, will continue as Chairman of the Board for MicroVention.  Mr. Schroeder will assume this position with MicroVention in early November 2020.

“We are fortunate to have someone of Mr. Schroeder’s level of experience to lead MicroVention” said Toshi Osada, President of Terumo’s Cardiac and Vascular Company. “Mr. Schroeder’s proven track record of leading teams and organizations across several international markets and therapies, including neurovascular and cardiovascular, make him a highly qualified choice to lead the Company to the next level within the neurovascular industry.”

“I am very excited to be joining the MicroVention team” noted Mr. Schroeder. “MicroVention’ s reputation in their industry makes them well-positioned to becoming the global leader in the neurovascular market.  I look forward to working together with its talented associates to continue their impressive growth trajectory and make a positive difference in patient lives around the globe.”

Carsten Schroeder is a seasoned leader with more than 25 years of senior executive experience across pharmaceuticals, medical devices and in vitro diagnostics. His most recent role included being the President and CEO of Grifols Diagnostic Solutions, the world-wide market leader in blood transfusion testing. He joined Grifols through the acquisition of Novartis Diagnostics in 2014. At Novartis, Mr. Schroeder was the President of the Diagnostic Business Unit as well as the Site Head for Novartis in Emeryville, CA. Prior to Novartis, he held various Vice President positions at Boston Scientific for nine years and was based in France, Germany, and the United States. During this time, he was responsible for the neurovascular business. He was also a key leader in the launch of the company’s drug eluting stent technology and was instrumental in the integration of Guidant organization.

Mr. Schroeder earned his Bachelor of Arts in Economics from the University of Cologne in Germany and a Master of Business from the European School of Management in Paris (ESCP). The Company is excited to bring his leadership to MicroVention as we look forward to the future of the Company.

Headquartered in California, MicroVention products are sold in more than 75 nations through a direct sales organization alongside strategic distribution partnerships.

About Terumo
Terumo (TSE: 4543) is a global leader in medical technology and has been committed to “Contributing to Society through Healthcare” for nearly 100 years. Based in Tokyo and operating globally, Terumo employs more than 25,000 associates worldwide to provide innovative medical solutions in more than 160 countries and regions. The company started as a Japanese thermometer manufacturer, and has been supporting healthcare ever since. Now its extensive business portfolio ranges from vascular intervention and cardio-surgical solutions, blood transfusion and cell therapy technology, to medical products essential for daily clinical practice. Terumo will further strive to be of value to patients, medical professionals, and society at large. 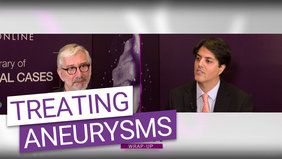 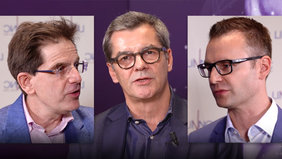 Wrap-up: Results of the CLARYS and of the EuFRED studies